Crowd Funding is the Future

One of my favorite topics this year has been crowdfunding. Searching old TED addresses on YouTube, I came across two seven to eight minute talks on the subject, one delivered at TEDx USC and the other at TEDx Victoria. 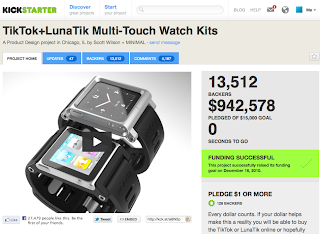 The first talk by Victoria Westcott is about the basics of crowdfunding. Her primary principle and message is the power of going straight to your audience to fund your goals. Victoria discusses lessons she learned as a child selling her sister's cupcakes. She also gives three case studies of successful crowdfunders like Scott Wilson of Chicago who raised almost a million dollars offering iPod nano watch bands to his funders. Scott only asked for $15,000, but got $942,578 from 13,512 people who wanted the bands before anyone else. She also talks about Tall Tale Books, a small mom and pop bookstore in Canada in need of cash flow who asked people to send them $10 a month by PayPal automatically and every few months they can come in to pick out books for their kids, nieces, and nephews using the credit. Finally, she told her own story about raising $20,000 for a movie called Locked in a Garage Band. While they just barely reached their fundraising goal, she got all kinds of media coverage that helped draw even more important resources to her project, including name actors who worked for far less than their normal rates! Victoria concludes by summarizing five lessons from her childhood that apply to crowdfunding: Make it awesome (don't sell until it is ready), sell directly to your audience (and know who they are), don't ask for charity, get out there, and follow through! "You just might get tips!" 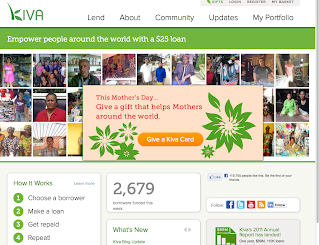 The second talk by Dana Mauriello was far less personal, but also had important principles to share. She compares crowdfunding to passing around a collection plate at church to fund a new roof, and says the principle is far more efficient today thanks to technologies like the Internet. She describes Kiva, KickStarter, and Prosper as best of class examples of how crowdfunding currently operates, then talks about her own website, ProFounder.com, descended from a project called WikiMart in her Stanford University class. More on ProFounder in a moment... Dana notes that crowdfunding arises from a huge market of friends and family investment that exceeds $150 billion annually. Dana describes the word "crowdfunding" as a misnomer. The real term should be "community funding" because it allows communities to take ownership in an idea and the resulting business.

After listening to Dana's talk, I checked out ProFounder.com and received the disappointing news that the business is being shut down, because the current regulatory environment is not advanced enough to allow for crowdfunding that actually offers a return on investment, not just tangible rewards like on KickStarter.

Fortunately, the site does link to a number of pages where one can petition Congress to create a crowdfunding exemption, which appears to be going through as of March and simply has to be implemented by the SEC between now and November.

Learn more about the cause of crowdfunding at these websites, and how you can help:

Both Victoria and Dana are very passionate about the subject of crowdfunding, with Victoria telling more personal stories and Dana making stronger analogies. Their presentations are engaging and both women look straight in the eye of their audience while speaking. While the concept of funding from family and friends is not new, the implementation the Internet offers is new, and the insights from experience both women share can help us prepare to take advantage of new laws and opportunities for ourselves and our communities, whether we raise capital or invest it or both.

Later this month I will have the opportunity to hear from one of the people who wrote the JOBS (Jumpstart Our Business Startups) Bill (2012) that grants a crowdfunding exemption, Mark Jones. We've known each other for five years, but I was not aware that he was involved until this week. I am proud to say he is part of the entertainment industry, which means the bill is likely tailored to help people like you and me. Mark will speak Tuesday, May 22, 2012 at CEO Space International's Free Enterprise Forum in Henderson, Nevada. 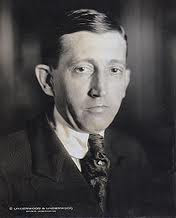